Adelante Mujer, Inc./Advance Woman was founded in 2009 by Sister Ann McKean, CSA when she met an academically superior Nicaraguan high school graduate. The young woman wanted to pursue a university education but was unable to do so because she did not have the money. Beginning at that moment Sister Ann, herself a university professor was inspired to do everything in her power to financially assist similar young Nicaraguan women with aspirations for a college degree they could not afford. 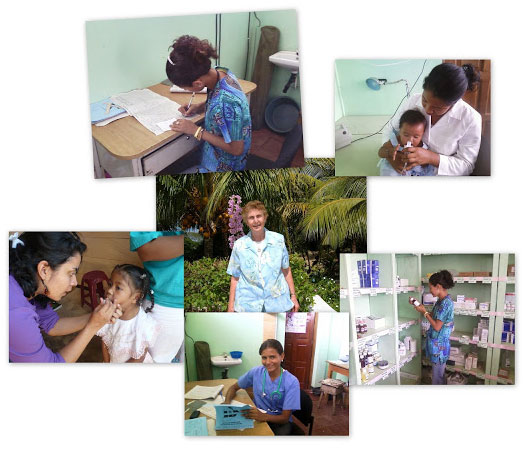 Adelante Mujer, recognizing the dire need for medical doctors on the Caribbean Coast of Nicaragua, it was decided to focus the ministry on women who aspire to become medical doctors. The organization provides funds for needy young women who would otherwise not be able to afford the cost of six years of study required by the medical school at URACCAN (University of the Autonomous Regions of the Nicaraguan Caribbean Coast). Each month our recipients are given money to help pay for school supplies and for the expensive medical supplies and equipment uniquely required for medical students. One meal per school day is also funded because many students can hardly afford this daily expense.

On December 12, 2014 the first eight beneficiaries of Adelante Mujer graduated as medical doctors.  Since that joy-filled day, an additional seven classes of students pronounced the age-old Hippocratic Oath and became doctors.  As of February 18, 2022 the total number of doctors funded by Adelante Mujer is 70, thanks to the many generous donors who helped their dream come true.

At this time, there are 44 young women who are Adelante Mujer medical students. Any donation, large or small, is greatly needed and will benefit the education of young women whose medical service will be offered to people of the Caribbean Coast of Nicaragua.