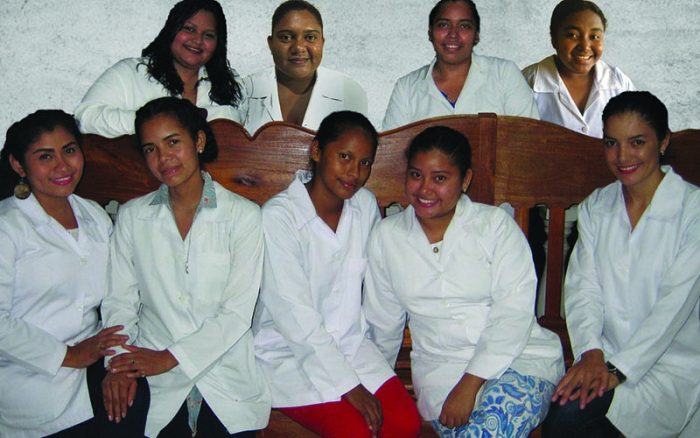 These nine remarkable woman graduated from URACCAN University on Feb. 24, 2018. We now have a total of thirty-one doctors who were supported by your donations and are now working as doctors in that region. These doctors received your support, through Adelante Mujer, between one to four years during their studies. All nine have now begun their internships at the local hospital and clinics.

Thank you once again fellow donors. Your donations are making a huge difference in the lives of many people on the east coast of Nicaragua.