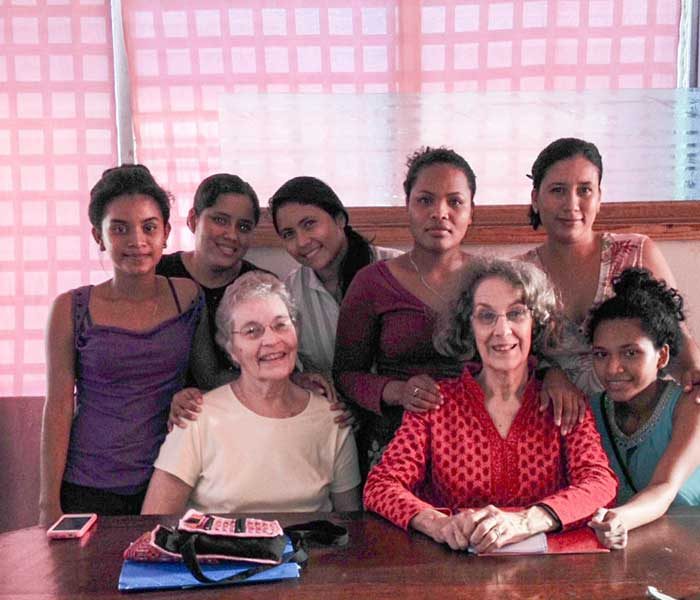 Sometimes a visit with medical students in Nicaragua can reveal some pretty deep sadness. One such experience occurred last month during a meeting with six of the Adelante Mujer third-year students.

The usually sparky Sayonara was quiet and somber. When I greeted her with a hug and asked how she was she simply shrugged. Moments later other members of her class told me, “Sayonara’s mother died on Saturday.” I was shocked and asked what happened.

Sayonara’s mother had been sick for about two months and was diagnosed with pancreatitis. “She suffered so much,” said the young student doctor who helped take care of her mother. And then she died of a condition that was not cancer and would have been treatable in more affluent areas of our 2015 world.

Despite the sadness of the students it was inspiring to witness their care and concern for Sayonara. “We will be here for her,” they agreed as we gathered in a classroom where lights were off so as not to create more heat and two fans whirled the air around to keep us semi-comfortable. “We brought her with us to this meeting because we knew it would be good for her to be with us,” one student explained. Sayonara said, “Every one of my classmates has been so good to me. I don’t know what I would do without them.”

Then Sayonara sadly but strongly affirmed, “After taking care of my mother and now that she died I am more determined than ever to finish my studies to become a doctor. I want to do it for my mother.” Recalling the feelings of that hot afternoon brings tears to my eyes.

Later I learned that Sayonara has two younger siblings who will require her care. Now a mother figure, Sayonara had already inquired about how to apply for government assistance to help raise the two dependent children. We were told that she may be awarded approximately $32 a month for each child. $32 a month! That’s not even enough for food. How will the family survive? How long will they have to wait until the funding begins? How will Sayonara ever manage? Her greatest relief comes from the fact that Adelante Mujer will provide financial assistance that will allow her to realize her resolve to become a doctor “for my mother.” 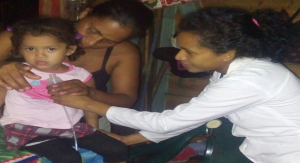 Sayonara volunteering at the hospital

We welcome contributions, however large or small.