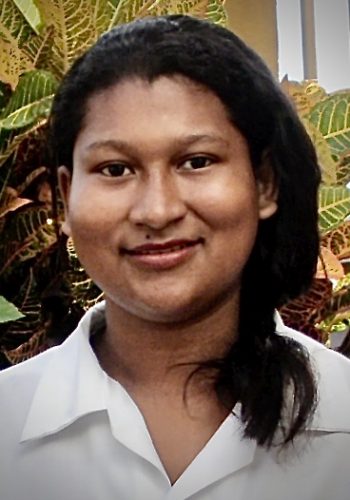 It all started almost three years ago when a photo of an Adelante Mujer student was sent to each person on our mailing list. The student’s first name was printed on the photo with the request for prayer for her. The responses received from several recipients were gratifying. “I have her picture on my refrigerator and pray for her often.” “I love to see her smiling face on my dresser.” “Her picture is in my prayer book so I remember to pray for her each day.”

A year or so later we put out a plea for prayer for Katia, one of our medical students who was seriously ill at the same time she was mourning the death of her beloved father. A donor sent an email to report that she had received Katia’s photo and yes, she definitely would pray even more and harder for her. The donor asked if I would keep her posted about Katia’s progress.

Well, the progress was not positive. Katia became weaker to a point where she was hospitalized in Bilwi, Puerto Cabezas and later flown to a Managua hospital. Katia’s sister stayed with her and periodically reported her condition to our Adelante Mujer On-site Coordinator in Bilwi. Despite the discouraging news, the report always had the positive message from Katia. She intended to get better and resume her medical studies. She had no doubt that she would be a doctor some day. 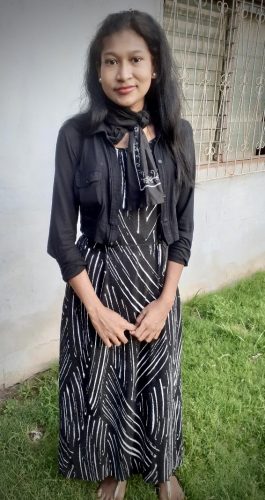 In December 2019 during our regular semester visit to Bilwi, Katia came to the class meeting. She said she was stronger and would resume classes in February though she would be a year behind her fifth-year class. When I inquired if that would bother her to join another class she confidently stated, “No, they already welcomed me into their group. I’m a social person so it will be fine.”

The donor who treasures the photo of Katia and feels a strong connection to her rejoiced in the good news. Again she asked me to keep her updated.

Sadly, Katia was not as well as she had hoped she’d be. She was again hospitalized, received dialysis, contracted Covid-19, and when flights resume operation across Nicaragua, Katia and her sister will return to Managua for further treatment and to search for a kidney donor.

Katia’s pray-er called one day to ask about Katia. Both of us lamented the sad developments. Within my report I mentioned that Katia would need the air fare to Managua. It was just part of the update yet the caller said, “I don’t have a lot of money but I must send something for that young woman to get to Managua as soon as she can.” And she did. When asked if I could tell Katia who her “angel” is, the donor absolutely refused. “Just your first name?” I suggested. “No,” she insisted, “just tell her it is from a friend in Wisconsin.”

When the money was given to Katia she sent deep gratitude to a donor she’ll never meet. And she also stood for a photo taken the day she was given the airfare from a “friend in Wisconsin” who has been praying for her since 2017.