Several years ago when Sister Ann McKean, CSA, PhD and I were talking with Dr. Manuel Salas about the goals of Adelante Mujer, we asked how many doctors Nicaragua would need. Thirty? Fifty? About how many? His reply was simple. “We will never have enough;  there is such a terrible shortage.”  “All right,” we decided, “Adelante Mujer will continue to provide financial assistance to women medical students for as long as God and our donors help us.” 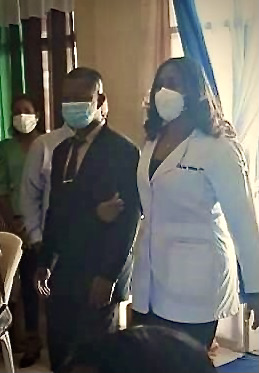 The Promotion Ceremony begins with the formal introduction of each student and her escort. Here Jenny and her father are announced as they enter the assembly.

Speeches by various personnel of URACCAN University and the On-Site Coordinator of Adelante Mujer, Kathy Levy, precede the administration of the Hippocratic Oath. 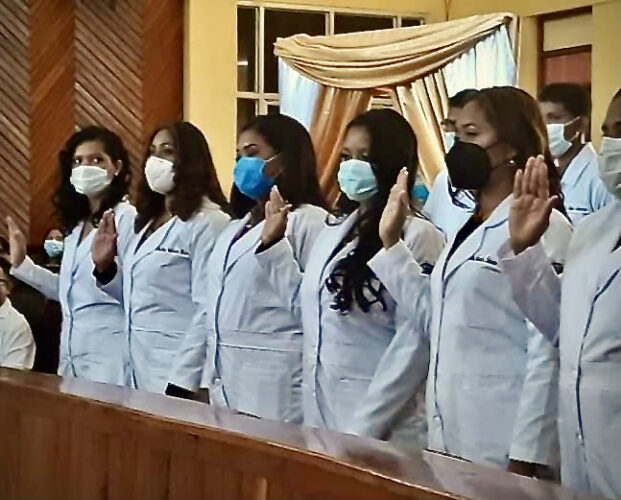 The Hippocratic Oath is administered. 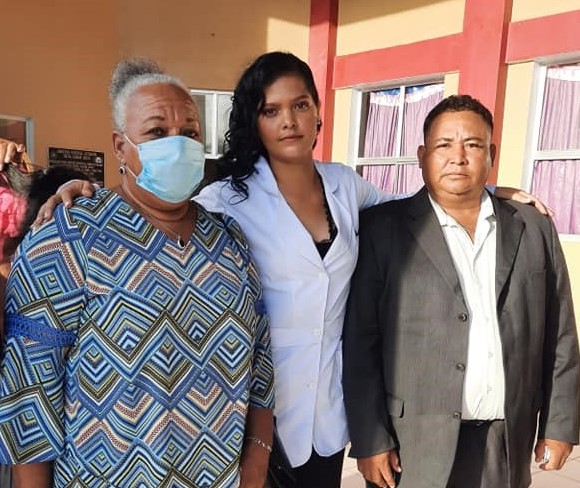 Dr. Maikelin’s father (right) requests a photo be taken with Kathy Levy (left). He extends his gratitude to all of the donors for their generosity to his daughter. 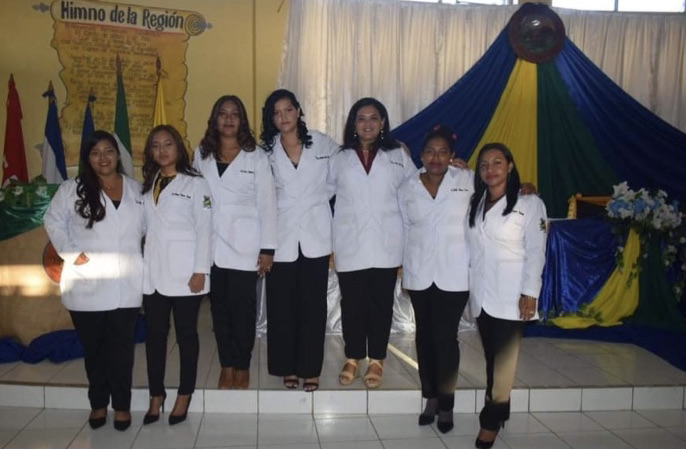 Congratulations T0 our seven newest doctors who will be serving the people of Nicaragua.