Skip to content
Home / News / Board of Directors / Shoulder Taps 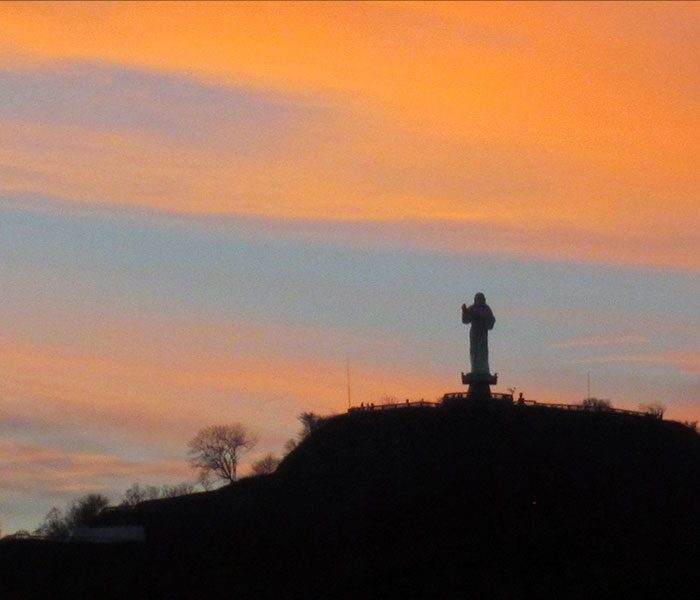 We have all heard the expression: Every once in a while God taps us on the shoulder. Nearly every minute of every day I hear things chiming, beeping, ringing, flashing, or clicking. Texts, emails, phone calls, ads, billboards, neon lights, and alerts all fight for my attention. How can I possibly notice a little tap?

What is a tap? It’s probably something different for each of us. I went to Nicaragua several years ago because I had read that it was the new Costa Rica, a country I love. I spent 5 weeks in Nicaragua traveling up and down the west coast, looking for lovely beaches, restaurants, and fun tourist attractions. Instead what I found was a people still struggling to come back from the Nicaraguan Revolution. A far cry from Costa Rica.

While in Nicaragua I met many people from Wisconsin, the Fox River Valley in particular, where many sister-cities exist. They were there helping to set up small businesses using donated equipment from the U.S. We met 5 beekeepers from the University of Wisconsin who were there to help set up an organic beekeeping industry. We met librarians who who were there preparing for the opening of the first public library. Donated sewing machines were being used to set up various textile businesses. There was even a fire engine shipped from Appleton along with retired school busses and used bicycles. The local people I met there were friendly, kind, and hard working. They were extremely grateful for all the aid being sent. This was all happening on the west coast.

By chance a few months later after returning to the U.S., I met Sisters Ann and Diane who spent an afternoon telling me about Adelante Mujer. That was a major TAP for me! How could I possibly ignore the opportunity they presented to me, the chance to financially support young Nicaraguan women on the east coast who aspire to become doctors. This is a much poorer region than the west coast and the shortage of medical care much greater. The organization was still relatively new, but already had medical graduates.

Every once in a while God taps us on the shoulder. If you feel this is your tap as I did, please consider joining us in this most worthwhile mission.

Rita Thomas ~ Board Member
Please consider Adelante Mujer, Inc. in your will.