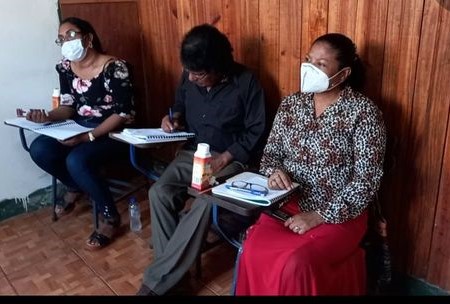 Donors sometimes ask about former medical students who became doctors.  Well, after they pronounce the Hippocratic Oath the new doctors spend one year as interns who work in the local hospital or in local clinics.  Following the internship, they are required to spend the next two years in “social service” which is a partial payment to the government for the government’s contribution to the cost of their medical education.  The total of nine years is culminated by the presentation and defense of a research paper required by URACCAN University.

Three of the first classes of Adelante Mujer have reached that juncture of their career.  Photos show Doctor Yeritza defending her research, the three judges who determined the worth of the research, and the joyful Doctor Yeritza with her mother after learning her hard work merited a 94%!  Congratulations to Doctor Yeritza! 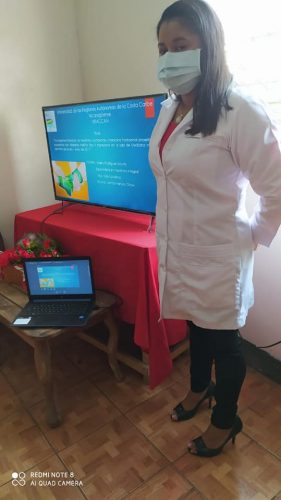 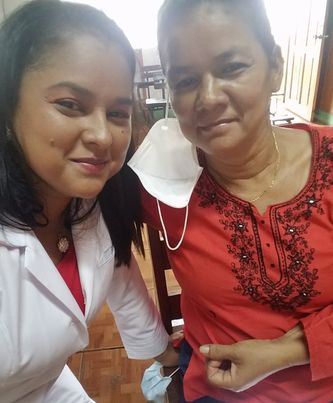 On December 10, 2020, URACCAN University and its students received the shocking news that one of its young medical doctors had died of leukemia.  On her application for Adelante Mujer funding in 2016 Jurica wrote, “During my early childhood I was very sickly.  I remember that during one of the many sicknesses I was close to death and a doctor saved my life.  All I remember is that when I awoke the doctor was giving his attention to me.  From that day on I decided that I wanted to be a doctor to help anyone in need.  I want to be there for that person who needs me to know that I did all I could to help my neighbor.”  Doctor Jurica, with eight other Adelante Mujer doctors, pronounced the Hippocratic Oath on February 24, 2018.  Her internship was complete and she was almost finished with her first year of social service.  Deepest sympathy is extended to Doctor Jurica’s mother, family, and many friends.